We are blessed to have two amazing teams, one in Denver, Colorado, and one on-site in Kampala, Uganda. The impact we make today has a powerful rippling effect on every tomorrow. Never underestimate the valuable and important difference you make in EVERY life you touch. We invite you to be a part of our vision… Leaving a legacy of LOVE transforming lives and communities. We are on an exciting adventure of passion and purpose. If you would like to know more about what we do please visit:  www.hoffmanfamilyfoundation.co 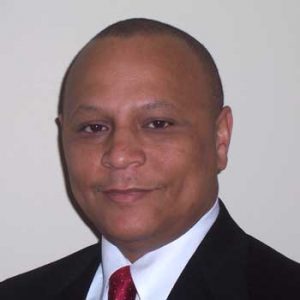 Our guest today is Major (Retired) Terrence “Ty” Manns he will discuss the new movie My Brother’s Keeper, he is the writer of the film and the story is based loosely on Ty’s father’s story coming back from Viet Nam.  Ty never lost his passion for storytelling, creativity, and filmmaking. In 1999, Ty met his friend, colleague, and mentor, Mr. Rick Bieber, former President of HBO Pictures. Through Rick’s support and mentoring, Ty’s filmmaking and storytelling, knowledge, and experience grew. In 2006, Ty worked with Rick under his independent film production company, Angel City Pictures (ACP). From 2006 to 2009 ACP produced a number of independent film projects, including the tragic true story of Luke Abbate in the film The 5th Quarter. The film is now playing in theatres across the country.  https://www.youtube.com/watch?v=KycbKhJL47Y

My Brother’s Keeper shares the story of returning war veteran SFC Travis Fox (TC Stallings) who has one more battle to fight – PTSD.  Fox and his best friend SFC Ron “Preach” Pearcy (Joey Lawrence) are in their 6th combat deployment when Preach and his entire Ranger platoon are killed in a deadly IED attack. Travis returns to his hometown to settle the affairs of his parents who had passed away years before. In searching for answers about his parents, he also discovers a new obstacle in PTSD. He finds support from church counselor Tiffany Robertson (Keshia Knight-Pulliam) and slowly begins to rediscover his faith in God, until he discovers a secret. Travis uncovers a secret hidden by his best friend Donnie Berry (Robert Ri’chard) that threatens his new-found faith, restores his guilt, and causes him to consider the unthinkable. For more information fo to:Visit: https://www.mybrotherskeeper.com