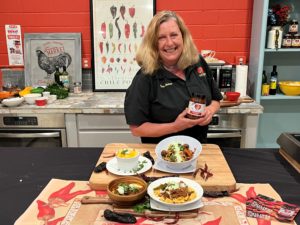 It wasn’t long before Diana and John’s customers asked how they could make their chili at home, which is why they created their Chili Fixin’s so that everyone could easily make a gourmet pot of their Americana fusions on their own. As you might have guessed, the Chili Queen & King of Texas have spent many late nights sitting around the campfire dreaming up other delicious ways to “chilify” your world, and they are just getting just started! To order their products go to www.jdschiliparlor.com/ and visit them on their Facebook page at JdsChiliParlor

Georja Umano is a vegan animal activist who has organized, spoken, and written about animals and animal causes in the US, Italy, and Kenya, especially in the fields of elephant and wildlife conservation and canine companions. Today we will 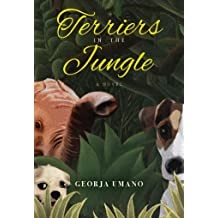 be discussing Terriers In The Jungle, this is Ms. Umano’s first novel.  Georja is a SAG-AFTRA actress and has been seen in film, TV, and theatre. She has performed around the country as a stand-up comedian and works as a feature journalist. She is a credentialed adult education teacher and a children’s nature docent. She created, produced,, and co-hosted the YouTube series, “The Georja and Marcello Show with her dog.” She holds an MA degree in Educational Theatre from New York University, and a BA degree in English Literature from LeMoyne College. For more information please go to GeorjaUmano.com