have been interviewed, their DNA/s studied, and their brains scanned. Their families have been interviewed. And, yet we’re still no closer to understanding what makes them so different from the rest of us. The study of a killer’s mind has fascinated scientists and laymen alike. The most gruesome murders are generally attributed to psychotics rather than psychopaths. Psychotic serial killers have lost touch with reality, while psychopathic serial killers know exactly what they are doing. The most sensational killers are thrill killers – they kill just because they like it so much. They revel in finding their targets and in the planning of it as much as in the execution. The FBI defines a “serial killer” as someone who murders two or more victims, with a cooling-off period between crimes. Thomas Hargrove, an investigative journalist has estimated that there are 2,000 at-large serial killers in the United States. According to Hargrove, “Two thousand is a ballpark figure. There are more than 220,000 unsolved murders recorded in the United States since 1980. If we put that in perspective, it is perhaps alarming if not scary that there are at least 2,000 unrecognized series of murders.” Some serial killers because of their ability to blend in with the population have eluded law enforcement with many years. Dr. Blumenthal has appeared on our radio and television shows for many years. He is a global entrepreneur, mechanical engineer, industrial psychologist, author of five books, international speaker, and business mentor. He began his entrepreneurial career in 1970 in the country of South Africa. While establishing major businesses in two different countries, being an international keynote speaker, and business mentor, Dr. Gerald Blumenthal has also written five books. Four of his books are novels and one is a nonfiction piece on the handwriting analysis of 34 of history’s most notorious serial killers. Blumenthal’s literary works have been praised by fellow authors as “dazzling” and “ground-breaking.” All five of his books are available for purchase. Order your copies today. For more information on Dr. Blumenthal or to order his books go to Amazon.com or his website at https://www.drgeraldblumenthal.com/ 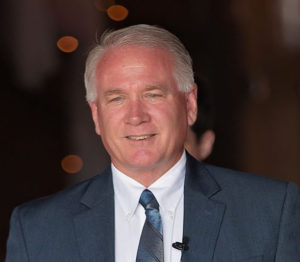 Bill Mountsier is our 2nd guest today. He will be discussing his new book ” Let’s Do It –The Devotional On Steroids”. Bill asks the question, do you want more out of your devotional life? Let’s Do It – Devotional On Steroids is for you! Do you want your ”daily walk” to be more than a Bible passage, a short reading, and a prayer? Shouldn’t a “devotional” give you ways to be more devoted? It’s time for a devotional that makes you cry . . . and laugh!

And it’s time for a devotional that gives you more direction in your Christian life. The best part of this book is not what you will read; the best part is what you will do! Take the challenge of this 30 day devotional and experience Jesus and the joy of small acts of devotion and kindness. Bill Mountsier served in local church ministries as a Youth Pastor, Associate Pastor, and Pastor for over 35 years. He is also an Associate Instructor of the Old Testament Event for Walk Thru the Bible Ministries. Bill earned his B.A. in Psychology from Duke University in Durham, NC, and the Master of Divinity degree from Southern Baptist Theological Seminary in Louisville, KY. Bill and Deb have two adult children, both married. And they have two grandchildren. Bill and Deb live outside of Cincinnati, Ohio. For more information on Bill and to order his Devotional https://devotionalonsteroids.com/