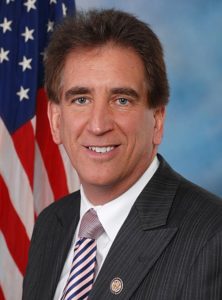 Our guest today is Jim Renacci, who served in the U.S. House of Representatives from 2011 to 2019. Jim is running for Governor for the State of Ohio and the Primary is May 3, 2022. A Conservative who cares about Ohio and Our Country. His story starts when  30 years ago, Jim Renacci moved to Ohio with a few hundred dollars, dreaming American dreams of starting a family and launching a business. Growing up in a blue-collar union family in western Pennsylvania, Jim Renacci was the first in his family to graduate from college. Not only did the blue-collar entrepreneur realize his own dream, but Jim also became the answer to countless Ohioans.

Marrying his childhood sweetheart Tina, Jim started implementing his entrepreneurial vision of owning a small business, providing jobs and livelihoods for local families. As can only happen in America, the Ohioan entrepreneur soon laid claim to operating over 60 businesses, creating 1,500 new jobs, employing over 3,000 people statewide.

But politics had other plans. In 2009, the Obama Administration took over General Motors, shuttering dealerships across the country— including Jim’s in Northeast Ohio. Shutting down Jim’s dealership killed 50 good-paying jobs in his community — and Jim wasn’t going to stand by while neighbors were going hungry. How could Washington blatantly interfere in the everyday lives of hard-working Americans who wanted nothing more but their own chance at the American Dream?

In 2010, Jim filed to run for U.S. Congress in Ohio’s 16th Congressional District, taking on a well funded Democratic incumbent. Jim won the election by 9 percent. While in Congress, Jim earned a reputation for being a principled conservative and effective legislator. He quickly rose through the ranks to serve on the Committee on Financial Services, as vice-chair of the Subcommittee on Financial Institutions and Consumer Credit, and as a member of the Subcommittee on Oversight and Investigations. After just two years, Jim was named to the powerful Ways and Means Committees and Budget Committees.

Jim’s track record as a blue-collar entrepreneur demonstrates his only allegiance has ever been to the very people who D.C. bureaucrats forcibly unemployed that fateful day in an Ohio car dealership — the everyday Americans forgotten by the Swamp. He represents the people’s hopes and fears, bringing actionable results back to the working people who gave him a voice. The Primary in Ohio is May 3rd. For more information on  Jim Renacci  and his Plan to Put Ohio First!  go to his website https://jimrenacci.com