My first guest today is Lawrence Allen, Founder of Singapore Academy USA. Today we are discussing his new Online School, why he founded it, what differentiates his school from what other schools offer their students. Lawrence is an author of numerous books, an International Speaker, Mentor, and successful Entrepreneur. Lawrence spent twenty-two years in the Far East bringing products and services to Asia.

Singapore Academy the USA is a Plano Texas headquartered company that puts excellence in the education of America’s children first, above all else. Through collaboration with Mr. Allen’s partners in Singapore, they proudly provide daily live homeschool instruction and weekend and after-school enrichment courses from experienced teachers who are graduates of the Singapore Ministry of Education training. Mr. Allen believes your child or children will benefit from the discipline and successful teaching and learning methodologies that have made Singapore students #1 in academic performance worldwide. For more information on his programs and to register for classes starting on January 23, 2021, visit www.singaporeacademyusa.com. 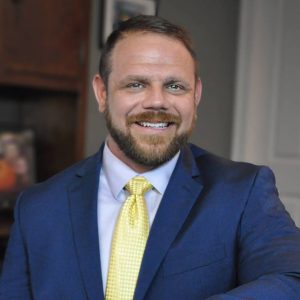 My second guest today is TShane Johnson. TShane comes from a family of cattlemen and who, while stationed at Camp Pendleton was attacked by a gang, robbed, and left for dead. His injuries caused him to nearly bleed to death. He managed to drag himself to a fire station where he received medical assistance and was airlifted to a nearby hospital. While in flight, he flatlined and had to be resuscitated twice and at the hospital, doctors had to restart his heart once more.

Today, TShane who is a Marine Corps veteran, father, author, advocate, and motivational speaker, T Shane broke a Guinness World Record when he performed 3,050 pushups in one hour, but he fell short in his attempt at a 12-hour pushup record. TShane Johnson, a U.S. Marines veteran from Pineville, started his record attempt by performing 3,050 pushups in an hour, breaking the previous record of 2,900. The public event began at 6 am ET at the Southpaw Training Center in Pineville, NC. The date is significant because it represents the 32nd anniversary of Paddy Doyle setting the current record. Johnson’s record attempts raised money for the National Purple Heart Honor Mission.  https://www.facebook.com/SouthpawTrainingCenter/