Our first guest, is Dawn Lesley Stewart, Founder/Director of Perry School and Think Tank. The subject is :Back to School or Not Back to School? For Pre-School, What are the Options? Think Tank is Changing Early Education in Spite of and WITH Remote Learning. Dawn is the Founder/Director of Perry School. She started Perry School in the West Village neighborhood of NYC in 2001. She has been at the forefront of early childhood education for 20 years. Dawn is thrilled to have the opportunity to impact more lives through the online Think Tank program.  Think Tank provides high quality academic programming in which children thrive and it helps instill the joy of learning for a lifetime. For more information, go to www.dawnlesleystewartmethod.com 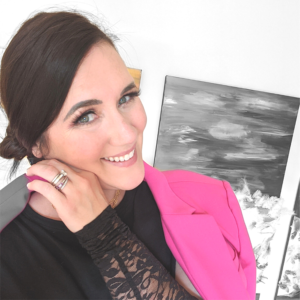 Elizabeth Skordinski is our second guest will discuss her latest endeavor as creator and host of Living Abundant Lifestyles a new Television Show on Roku & Comcast soon to be featured on SimulTV.  The show is an upscale living, fabulous home decor, exciting new cuisines and featuring  celebrities and influencers from around the globe!! With Elizabeth S’s vivacious energy, her television show will focus on abundant living meeting every day practicality.

Elizabeth  founded and owns a successful social media agency whose clientele includes celebrities and well known influencers. As a lifestyle and social media analyst, her footprint is watched on her clienteles’ viral social media videos that her agency manages. Elizabeth is a YouTube sensation and influencer, her personal channel, Countess Of Low Carb, and was exclusively selected as a panelist for the coveted YouTube Creator Product Tester Program. Elizabeth previously co-owned an award winning Northern Virginia dog walking company that cared for over 7,000 pets. Family is the core of who Elizabeth is and is passionate about animal rescues, children in foster care and is frequently seen with her camera snapping photos of her family. While founding and co-owning multiple successful business empires, her greatest titles are wife to her supportive husband, mom to her 5 year old, mentor to foster children and dog mom to two rescue dogs, Apple Sauce & Hope. For more information go to Roku & Comcast and check out LivingAbundant Lifestyles a  new Television Show on Roku and subscribe to SimulTV to watch her new show.