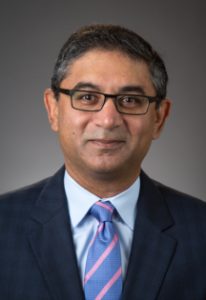 Our first guest is Dr. Rajeev Jain, a leading Gastroenterologist who discusses How to Identify Symptoms Impacting Your Bowel Health and How to Start a Conversation with your Doctor. According to a recent American Gastroenterological Association survey, nearly 40% of Americans suffer from gastrointestinal (GI) symptoms that impact their everyday lives. Yet, many patients suffer in silence by not telling their providers about uncomfortable bowel symptoms. One in five Americans would rather discuss their weight than talk about bowel issues with their provider – an alarming trend as GI conditions are often treatable and can worsen over time. The doctor shares tips on having uncomfortable conversations with your doctor and why they’re so important to your overall health. Dr. Rajeev will also discuss new resources from the leading voice in GI health, the American Gastroenterological Association, to help patients recognize the signs and symptoms of common GI disorders. Dr. Jain will offer key reminders for patients, encouraging them to take action over their GI health, including: ·Know your “normal” – changes in bowel habits usually signal a condition that should be raised with your doctor. Start the conversation – GI symptoms are common and happen to most people. Don’t be afraid to speak up. Don’t wait – GI conditions are often treatable. 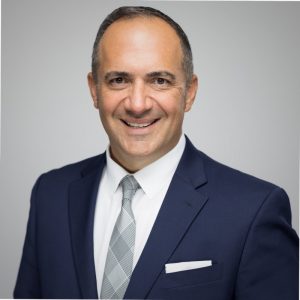 Our second guest is Aaron Sherinian, Senior Vice President – Global Reach for Deseret Management Corporation (DMC). He discusses the largest Global Faith and Media Study that looks at the portrayal of faith and religion in the media. It reveals a strong demand across the world for more news media coverage on faith, despite the reality that journalists and editors admit coverage of the topics is rarely encouraged in newsrooms. The study reflects the feeling among the general population that media coverage can perpetuate faith-related stereotypes rather than protect against them. It also lays out some of the factors that journalists and editors think can lead to religious and faith stereotypes in news coverage.

Aaron Sherinian is a public relations and communications professional with more than two decades of service in the corporate, philanthropic, and diplomatic sectors. Before his work at DMC, Aaron managed global communications transformation as Vice President at Philip Morris International. From 2011-2017, he served as Chief Communications and Marketing Officer for the United Nations Foundation. He led the Foundation’s public relations efforts, media relationships, strategic outreach, and online presence during that time. Before joining the UN Foundation, Aaron served as Managing Director of Public Affairs for the Millennium Challenge Corporation, a U.S. Government development assistance agency administering $7 billion in poverty reduction grants in 40 partner countries. He oversaw the agency’s strategic communications portfolio, media relations, public relations agenda, and global re-branding. His professional background includes a decade of service as a Foreign Service Officer for the U.S. Department of State.

Our third guest today is Matt Blashaw, a residential contractor, licensed real estate agent, and TV host.  Matt discusses what every consumer should consider as the weather is getting cooler now that fall and winter are coming.  Matt Blashaw moved from L.A. to Kansas City to trade the bustling city for a slower lifestyle to raise his family. Blashaw has earned the distinct privilege of being named in the country’s top 1% of real estate agents, surpassing $100M in sales, and has a new show on HGTV called “Build it Forward.” For More Information, Visit:  www.PROPANE.com