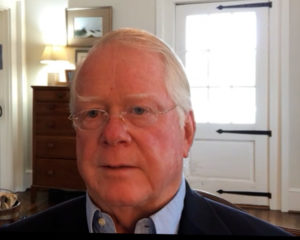 My guest today is Guy Mitchell, a Business Man and Author. He will discuss his new book “Global Warming: The Great Deception”-The Triumph of Dollars and Politics Over Science and Why You Should Care” as the definitive new work on the subject of anthropogenic (man-made) global warming. Guy Mitchell, a businessman with the mind of a scientist, takes a holistic approach and combines scientific analysis with an in-depth review of the political and economic aspects of the subject. He uses proven science and scientific facts to refute every claim of the climate alarmists and proponents of the man-made global warming hypothesis.

Mitchell employs his keen sense of business acumen to expose the real drivers behind the claims of man-made global warming: research funding, politics, and global economics. Over $1 trillion worldwide has been spent on global warming research with nothing of substance to show for it. UN climate models are fundamentally flawed; they can not predict historical results or the future. Certain politicians in the US and Western Europe embrace the fraudulent hypothesis with no apparent understanding of the science or the socioeconomic impact that the abandonment of fossil fuels would have on the world economy or the reliability of the power grids that drive it. The man-made global warming hypothesis has been declared an existential threat. Some US politicians want to use the “crisis” to erode fundamental civil liberties protected in the US Constitution. They want to use global warming to limit consumer choice and economic freedom and usher in socialism. To purchase his book, go to Amazon or Barnes & Noble.