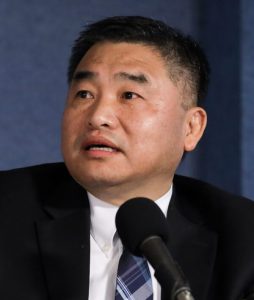 Our First guest is Nan Su, a senior investigative reporter for The Epoch Times, with an eye and focus on Chinese politics and government deception. He will discuss the Real Purpose of the new China Committee in the House of Congress. Both Republicans and Democrats came to some agreement in regards to losing trust in the country, especially with all that’s happening with its growing COVID cases. China has exported oppression, aggression, and anti-Americanism. Today, the power of its military and economy is growing at the expense of freedom and democracy worldwide.” There is bipartisan consensus that the era of trusting communist China is over.” But there are questions surrounding the committee’s true motivation, especially with the GOP involved.

Nan is highly knowledgeable in various subjects, including the Coronavirus and all things happening overseas. His reports have run on The Epoch Times for some time now and gained a following based on his expertise in delivering thorough results. For more information, visit www.theepochtimes.com. There are also various documentaries available on Epoch TV. 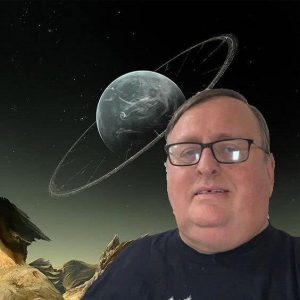 Our second guest is Don Cook, author of the new book Ithyanna: Last Daughter of Atlantis Book One – How the world Ended A Millennia Ago. Inspired by the state of 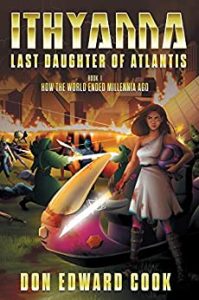 worldly affairs, his faith, and a deep love for science fiction, Don Cook, a Christian science-fiction/fantasy writer, has penned an epic novel that serves as a creative commentary on our present world. In an interview, he will talk about the cultural rot, the problem with today’s creative industries, and the appeal of new Christian sci-fi and fantasy. Don Edward Cook decided to become a writer late in life. As a Canadian who identifies with classic American ideals, and his faith in God and love for science fiction, Cook was inspired to write a Judeo-Christian science fiction thriller, Ithyanna, Last Daughter of Atlantis: Book 1 – how the world Ended Millennia Ago.

This novel is based upon his short film, The Last Atlantean (2009), which garnered a place in the top ten percentile of IMDb’s MovieMeter (during the summer of 2010.) He was a member of the Canadian Authors Association and the London Area Writers. He was affiliated with Raindance Toronto, a filmmaking institute for independent filmmakers. His strongest creative influences are The Twilight Zone’s Rod Serling, Star Trek’s Gene Roddenberry, and legendary author C.S. Lewis. Cook, 59, published his first book several years ago, The Invader Candidate.w Christian sci-fi and fantasy.  For more information, please visit www.donnyverse.com.