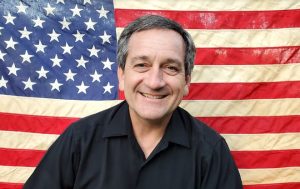 Our first guest today is Steve Byers. Steve is running for Treasurer for Palm Beach County Republican Executive Committee. Steve has been called a “Serial Entrepreneur,” but in the 1980s, they just called it a hard-working person.  At ten years old, he diligently delivered newspapers, and in high school had a lawn business that made more money than most college graduates.  He went to college for Computer Engineering, worked for Bell Northern Research, and developed a large Amway business.  After learning leadership and success principles, he led development teams from western Pennsylvania to North Carolina.  Steve started a technology consulting business culminating in projects for IBM, the CIA, and federal forensic trial support.  After a solid decade in the technology business, he moved on to develop businesses in aviation, real estate, education, beekeeping, and insurance, and he hasn’t stopped.

Steve and his wife have raised their family in Delray Beach, Florida, home-schooling their two children, ages 16 and 12. He puts his whole heart into whatever he does; it is a calling more than an ambition.  Right now, the calling is for our country to preserve our future; to pursue what our founding fathers intended.  He is not a politician, he will fight for the people and do the right thing, he does not have ambitions for money or power like so many politicians seem to have today.  Doing the right thing is a character trait of an analytical personality; coming from a technical background, it’s either right or wrong, on or off, 1 or 0. Steve doesn’t want you to consider giving money to him but rather donate to the cause of righting the wrongs and getting our government back on track, not only for us but our children and our children’s children. Steve Byers is very qualified to become Treasurer for Palm Beach County Republican Executive Committee. For more information about Candidate Steve Byers, go to votestevebyers.com. 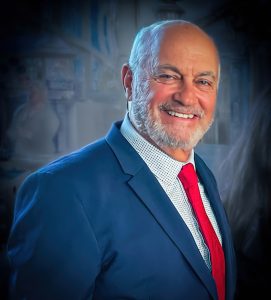 Our second guest today is Wayne R. Posner, Candidate for Republican Executive Committee Chairman of Palm Beach County, Florida. Wayne has been Self-employed as a successful business owner since 1980, Completing construction projects totaling over $50 Million. Wayne has decades of knowledge growing an organization and is skilled in delegating tasks and authority, coordinating and managing people to their best potential. Former member of General Building Contractors of America Small Business Advisory Board. His Education and Credentials are in Business Administration. He is a  Licensed Real Estate agent and has been the Director of multiple Boards, both Commercial and Residential.

Wayne has been very active in the political spectrum with his volunteer service. and as a Public Servant. He served as Commissioner on the Planning and Zoning Board in Jupiter, Florida, for 3 years. He was the Jupiter Town Councilor for 3 years. Wayne also served as Vice Mayor for 1 year.  He has hosted and Managed multiple Fundraisers, including for Jimmy Burg, owner of Square Grouper, Candidate for Mayor of Jupiter, who recently Hosted for Governor DeSantis 2022. Wayne has attended Events and Contributed significant funds to numerous 2022 Candidates, including Governor DeSantis, Senator Rand Paul, and Deborah Adeimy, for U.S. Congress. He successfully collaborated with the former Town of Jupiter’s chief of police to oust and replace the Town Manager who was defunding the Police. He installed 1200 campaign yard signs and knocked on hundreds of doors. Wayne has advised many Republican Candidates and raised millions of dollars as Chairman, Chief Fundraiser, and planner for multiple charities and events. Wayne has been endorsed by Dan Shultz of Precinct Strategy and is a frequent guest on the Steve Bannon War Room. Wayne R. Posner is extremely qualified to be the next Chairman of the Republican Executive Committee in Palm Beach County, Florida. For more information, go to palmbeachrec.com.