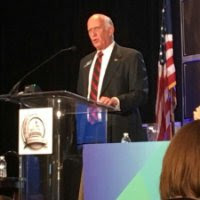 Dr. Scott Magill will be discussing the new therapies being tested and used for the Corona virus. And he will also be explaining the New Stimulus Package.

Dr. William Scott Magill became increasingly concerned over our country’s dramatic downward turn towards tyranny. He closed his successful OB/GYN practice and founded Veterans in Defense of Liberty (TM), where he now serves as Executive Director. He is board chairman of Veterans in Defense of Liberty Action Committee TM, past president of Missouri Republican Assembly. He is the recipient of the Missouri Republican Party – Milton Friedman Award, and the Daughters of the American Revolution “Distinguished Citizen Medal Award.” Dr. Magill is the past chairman of the board and governmental affairs officer of Rolling Thunder ® Inc. Chapter 1 Missouri. He now serves as a member of, The Council for National Policy, and the Ft. Worth Airpower Council. Dr. Magill served in the United States Marine Corps and the United States Army Medical Corps. For more information go to https://vidolamerica.org/

George Carneal grew up in the ’70s, raised by a Southern Baptist minister in the ultra-conservative Bible Belt where his world revolved around the church, country fried chicken and trying to fit in with other boys. As disco music pulsated through the speakers in his bedroom, he plotted his escape from the misery and boredom of Southern suburbia before landing in Los Angeles; a city of glitz and hedonism. Much like Alice as she traveled through the looking glass, this is George’s journey through a queer culture fantasyland filled with drag queens, drugs and dangerous situations before discovering healing, joy and peace in Christ. This true story details his struggles in a religious world at odds with, and often hostile toward, homosexuals.