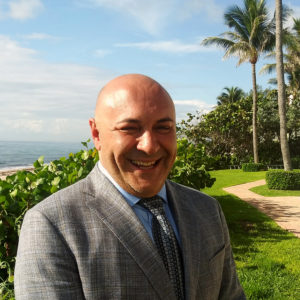 Jeff Buongiorno, an American businessman, has chosen to leave the political sidelines as the American Dream is fading for so many. Jeff in his business dealings knows first-hand the trials and tribulations that American small business owners are suffering. Jeff has created successful businesses for the last 30+ years and his philosophy is that low taxes and less regulation will spawn more opportunity for everyone, from the most downtrodden to the middle classes and beyond. He is now running as a Candidate for Congress in Florida District 21.

Today, Jeff will discuss why he is running for Congress and how if elected he intends to fight for the people of District 21 and represent their interests in Washington DC. He believes the Constitution is as relevant today as it was the day it was signed. Straightforward and never wavering, he will represent the people as their equal peer, as our founding fathers intended. “For too long everyday Americans including senior citizens and small businesses have been ignored while special monied interests have had their way in Washington, DC. I intend to correct this situation as my interests are aligned with the citizens of Florida Congressional District 21.”  For more information visit his website at jeff2022.com

Our last guest is Jacquie Abram, Antiracism Consultant and Co-Author along with her two daughters. Today she discusses her new book

HUSH MONEY: How One Woman Proved Systemic Racism in her Workplace and Kept her Job. Previously she had a career in higher education,a career that paid her an income which, as a single mother of two girls was the only income, that allowed her to not only provide for her family, but also paid her bills. A career that spanned nearly two decades and by any measure should’ve been a successful career. But it wasn’t. Because throughout her career, she experienced racism in the workplace, not the kind you see in a lot of movies, books, and TVs shows about racism that occurred decades ago during a time when it was more overt and easily spotted, but the kind of racism that is more covert, hidden, harder to prove, & with nothing unconscious or micro about it.

And so, Ms. Abram’s career was derailed multiple times by multiple employers and she suffered racial trauma that, to this day, she has not fully recovered from. And when the same thing happened to others that she knew. She pulled herself out of Corporate American and Co-authored the book with her daughters who had experienced in their careers as well. The book is inspired by true events, and brilliantly captures the reality of racism and the ongoing struggles associated with being Black. For more information go to her Facebook page at: https://www.facebook.com/Hushmoneyseries