Dan Perkins is an Author, Radio and TV Personality, Political Commentator, Dan Perkins, Co-Host Producer Black and White Network and Registered Investment adviser. Today he will discuss his newest book Sad Eyes which will be released this week. It is the story of a woman born in Waterloo Iowa in 1916 the woman wants to be a nurse and move out of Waterloo to go to school. She grows up during the depression, she becomes a nurse and joins the Army Nurse Corp and is redeployed in 1939 to Pearl Harbor. It’s the story of an exceptional woman and what she can to serve her country and her brothers and sisters in the Army. It’s part romance, part mystery, and part American history. You can purchase his books on his website and Amazon.com

The second half of the show discusses what happening in the Energy Sector energy prices increase, everyday products that use plastic or petroleum become more expensive  burdening our families, businesses and those living in poverty.  Do you know that America is the world’s largest oil and gas producer? Our current Administration is making us dependent on other countries, when Trump was President we were finally independent from other countries and selling are oil and gas to other countries. Curiously, we are begging OPEC for more oil, when we could produce it ourselves. Recently President Biden contacted Saudi Arabia and they turned us down for lowering the price of oil.

The President shut down Keystone, off shore drilling, and government land. And now he is selling 50,000,000 million barrels off the our reserves to China, South Korea, Japan and India. Dan talks about alternative energy and why there was no plan to replace crude oil and fossil fuels.

Dan appears on over 1,100 radio stations. Mr. Perkins is the author of both thrillers and children’s books.  Mr. Perkins appears regularly on international TV talk shows, he is a current events commentator for numerous blogs, and is a philanthropist with his foundation for American veterans, Songs, and Stories for Soldiers, Inc. For more information go to Danperkins.guru 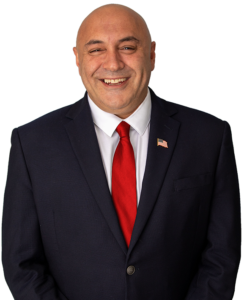 Jeff Buongiorno, our guest is running as a Candidate for Congress in Florida District 21, and is one of our regular guests on Let’s Just Talk and Kathryn Raaker’s World.  As a American Businessman Jeff  created successful businesses for the last 30+ years and his philosophy is that low taxes and less regulation.

A political outsider, Jeff believes that our government has been hijacked by lifelong career politicians. Their fiscal recklessness jeopardizes the US dollar as the world’s reserve currency, increases inflation, and fails to address the best interests of our senior citizens and working-class Americans. Jeff’s philosophy is that low taxes and less regulation will spawn more opportunity for everyone. In his grassroots campaigning he has found a strong desire by The People for Term Limits. This may come as no surprise as we have felt and heard this undertone for many years.

What does come as a surprise, is the apparent will of our Founding Fathers to have a much smaller, localized, representation of The People by their elected representative. He believes the Constitution is as relevant today as it was the day it was signed. Jeff is running for Congress to stand up for the people of Congressional District 21 and represent their interests in Washington. Jeff will bring his unique skillset to Washington, DC to fight to restore the American Dream & opportunity for his constituents! For more information go to www.https://jeff2022.com/