Our first guest is Dr. Craig Von Buseck, a published author. Today he will discuss his latest book “Victor! The Final Battle of Ulysses S. Grant.”  Dr. Von Buseck is the Digital Content Manager for the Parenting section for Focusonthefamily.com. He is a contributing writer for CBN.com, MTL Magazine, thewriteconversation.blogspot.com, and Charisma Magazine. He holds a Doctor of Ministry and an MA in Religious Journalism from Regent University.

“Victor! The Final Battle of Ulysses S. Grant” sheds light onto the dark days of the American Civil War when one leader Ulysses S. Grant emerged to guide the nation to victory and then to the beginnings of reconciliation. As Lieutenant General, he defeated the rebellion. As Chief of the Army, he provided a stabilizing presence during the Andrew Johnson impeachment. As a Presidential candidate, he spoke for every American with his slogan: “Let Us Have Peace.” But there is one story of Grant’s heroism that is rarely told. Perhaps the most dramatic season in Grant’s life came in his final two years. After leaving the White House, he lost all his money in a massive Ponzi scheme. Then only a few months later, he received the devastating news that he was dying of throat cancer. Dr. Craig von Buseck uncovers this historical legend  Grant’s life. Often glossed over in other biographies, the tale told in Victor! focuses on these events. It reveals the driving force behind the winning strategy in his final battle— the campaign to restore his family’s fortune, to ensure his wife is cared for after his death, and to write his memoirs to remind the world that the Civil War was about slavery and a new birth of freedom. For more information on Dr. Craig von Buseck, visit his website at www.vonbuseck.com. You can also find his novels on Amazon, Barnes & Noble Bookstores, and other bookstores across the country.’s inspiring and intimate side while providing an in-depth look at the last two years of 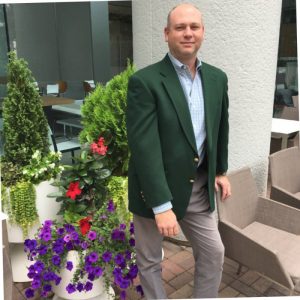 Our second guest is Will Miller, the public safety director at Norfolk Southern,  Norfolk Southern reaches more than 50% of the U.S. population. He will discuss Rail Safety Week, which has served since 2017 as an opportunity to educate and empower the public to make safe decisions around trains and tracks, all while raising awareness of the need for rail safety education. and the latest statistics about rail incidents. he will also talk about the most common causes of track accidents and how to ensure your safety while driving or walking near railroad tracks. This annual weeklong event is a collaborative effort among North American Railroads, Operation Lifesaver, and other rail safety partners across the U.S., Canada, and Mexico. Mr. Miller has over 16 years of experience at Norfolk Southern in various roles within Operations, from conductor to system safety coordinator and beyond. As public safety director, Miller regularly briefs first responders, Norfolk Southern crew, and other stakeholders on proper rail safety best practices. Miller is also active in the larger industry’s safety initiatives. He currently serves as a member of the Operation Lifesaver (OLI) National Advisory Committee (NAC) for 2021–2023. For more information, please visit: oli.org 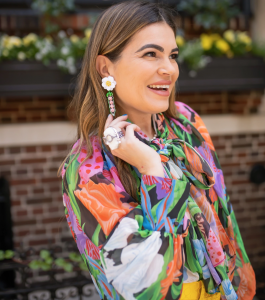