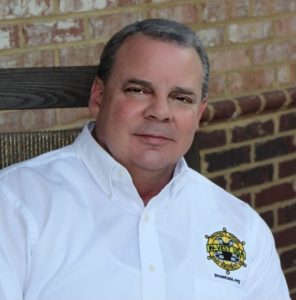 Our guest today is Michael Letts, the Founder, President, and CEO of InVestUSA. He will discuss a new report from the DOJ. Over the past couple of years, many people have painted police officers negatively, even to the point that they supported ”defund the police” campaigns. However, a new report from the US Department of Justice recently revealed some new data indicating how these attacks are unwarranted.

According to Lawenforcementtoday’s recent article, the report indicates that, based on Gallup data, “An estimated 40 million U.S. residents age 16 or older, or about 17 percent of the population, had a face-to-face contact with a police officer in one year. Among people who had face-to-face contact, about nine out of 10 residents felt the police were respectful or acted properly.”

Michael Letts is the Founder, President, and CEO of InVest USA, a national grassroots non-profit organization helping hundreds of communities provide thousands of bulletproof vests for their police forces through educational, public relations, sponsorship, and fundraising programs. He also has over 30 years of law enforcement experience, hence his pro-police stance for his brothers and sisters in blue. Those interested in learning more about Letts can visit his official website here.