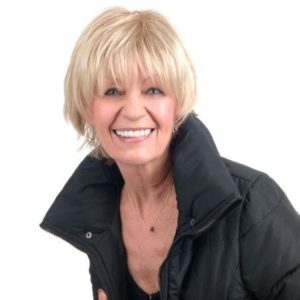 Our guest today is Actress, writer, radio station owner, and personality Dreama Denver. Dreama shares her new Memoir, “Gilligan’s Dreams”, which recounts her almost 30-year marriage to Bob Denver. She recently received the prestigious Ella Dickey Literacy Award, given to authors who’ve preserved history through their written work. Her memoir is her love letter to Bob and her gift to Bob’s fans. In detailing Denver’s Hollywood years, their journey through autism with their son, and Bob’s courage during the The birth of Denver’s son Colin, diagnosed with severe autism, changed everything for Bob and Dreama, who retired from show business and moved back to West Virginia to devote the next two decades to Colin’s full-time care. During this time, the pair also founded The Denver Foundation, which honors their son and is dedicated to assisting special needs children and their families.

“The Denver Foundation and Little Buddy Radio, a nonprofit radio station owned and operated by the Foundation, were Bob’s last and most important legacies,” Dreama says, “and making these two entities as successful as possible became my mission after Bob passed away. His desire to give back to West Virginia was huge. He loved this area, considered himself an adopted West Virginian, and was a tireless ambassador for the state. Regardless of how important and far-reaching his television legacy was, and is, his love for our son and his desire to help other families like ours trumped even that.”

Since Bob’s death in 2005, Dreama has discovered new passions and new directions in which to take the foundation. Founding Always Free Honor Flight, WV’s first Honor Flight program, honoring WV veterans with free trips to Washington, DC to visit the memorials built to honor their service is especially close to Dreama’s heart, as is the Denver Foundation’s Always Free Walk of Honor, installed and dedicated as a poignant addition to the War Memorial and Museum in Princeton.

Leading the effort to have John Denver’s “Take Me Home Country Roads” adopted, successfully and unanimously, as an official WV state song ranks as one of the proudest days of her life, rivaled only by being chosen as one of West Virginia’s Wonder Women by WV Living magazine. The American Legion Riley-Vest Post #9 honored Dreama with their Outstanding Citizen Award in 2014 and in January 2015, the Princeton Mercer County Chamber of Commerce chose her as Citizen of the Year. In March of the same year, Dreama was honored once again with the Sons of the American Revolution’s Outstanding Female Citizen of the Year.

“Bob would be proud,” Dreama says. “The life I had known for close to thirty years changed dramatically when Bob passed away, but I came to understand that honoring his memory meant living a full and happy life, carrying on the work we started with a heart as big as his.” For more information visit bobdenver.com/