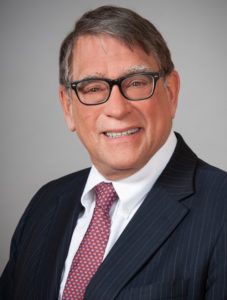 A lifelong resident of Western Hamilton County, Ohio State Representative Bill Seitz, Majority Whip, has worked to represent the best interests of the Greater Cincinnati area at the Statehouse. Known for his colorful floor speeches and legal acumen, in a 2016 ranking of all 132 legislators published by Columbus Monthly Magazine, Seitz was rated best speechmaker, savviest, funniest, and most knowledgeable and was also recognized as second most effective and hardest working. He has put these talents to good use on issues that matter to his constituents.

Seitz began his public service career as a member of the Cincinnati Board of Education and the St. Antoninus Parish Education Commission. He was twice elected Green Township Trustee, where he also served as President of the Hamilton County Township Association. He has never forgotten his local government roots.

Beginning in 2000, Seitz served in the Ohio House of Representatives for almost seven years. There, he rose through the ranks, serving as Majority Whip and Assistant Majority Whip and chair of the Civil and Commercial Law Committee. Seitz then went on to serve in the Ohio Senate from 2007 to 2016 before returning to the Ohio House where he is now serving the 30th House District in his second consecutive term.  In the Senate, Seitz served as Chairman of the Public Utilities Committee and Vice-Chairman of the Government Oversight & Reform Committee.

A fiscal conservative, Seitz is a champion of government efficiency. While others in Columbus talk about reducing the size of state government, Representative Seitz has put tangible ideas on the table, including now-enacted proposals that would reduce prison overcrowding and save the state hundreds of millions of dollars.

Throughout his legislative career, Representative Seitz has been at the forefront of criminal and civil justice issues, leading the effort to reform Ohio’s criminal sentencing laws and eliminate the barriers to employment many nonviolent offenders face following their release from prison. He has also worked to enhance penalties for violent offenders and to keep sex predators away from our children. He was the key architect of Ohio’s sweeping tort reforms by which nearly two dozen such bills between 2001-2004 transformed Ohio’s civil justice landscape and made Ohio more business-friendly. In these endeavors, he has been aided by his legal background. A lawyer since 1978, he is currently of Counsel with Dinsmore and Shohl and for over ten years he has been listed in the Best Lawyers in America book.

In 2014, he was named Southwest Ohio’s Best Antitrust Lawyer by that publication and was named State Legislator of the Year by the United States Chamber of Commerce Institute for Legal Reform.