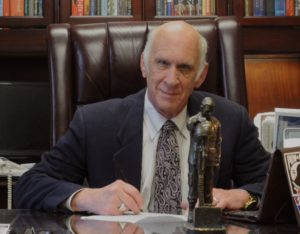 Darin Chappell, Vice President of Constitutional Studies for Veterans in Defense of Liberty (ViDoL), is a decades-long tested conservative in the arena of ideas, having been a student and teacher of the Constitution and its principles upon which our nation has been founded, and a voice for constitutional conservatism, guest hosting frequently for conservative radio shows on KSGF and KWTO in Springfield, Missouri, and speaking for many Tea Party rallies, sharing the stage with individuals such as Herman Cain, Gina Loudon, and Dana Loesch. A City Administrator for a northern Missouri community recognized for its financial conservatism in a broader culture of tax and spend liberalism, Darin has taken the philosophy he has championed and put it into action on the real front lines of American government, where the people live, work, and rear their families. For more information go to https://vidolamerica.org/