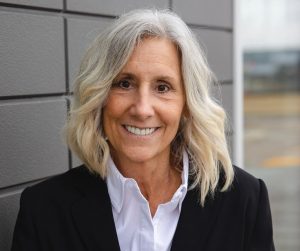 r guest today is Luana Stoltenberg, a wife, adoptive mother, speaker, author, and international pro-life ambassador. She has been featured in many magazines, radio programs, documentaries, and countless newspapers, including USA Today and the 700 Club. Luana has owned and managed several businesses, served on many non-profit boards, and as treasurer at her church. Luana’s heart is to fight for justice and freedom while showing the love and mercy of Christ! In her book “Singing in the Wilderness,” she discusses why, after three abortions, she became a Pro-Life Advocate and is now running in the State of Iowa for Congress.

In “Singing in the Wilderness,” her life changed. At fifteen, Luana became pregnant. Ironically, her pregnancy gave her a way out of a home filled with alcohol abuse and dysfunction. She married the child’s father but suffered a miscarriage, and the marriage ended. Luana’s promiscuous lifestyle sought love and acceptance, resulting in another unplanned pregnancy. Desperate and scared, she was convinced abortion was her only option. Her life spiraled down into depression, drug, and alcohol abuse, and failed suicide attempts. After two more pregnancies and abortions, she lost all hope. But God had a plan. Luana received Christ, and her life was transformed.

She later married a loving, Christian man. However, their attempts to have children were unsuccessful. Infertile from the abortions, she realized she had killed the only children she would ever bear. Through heartache, they decided to adopt a child from India. God began opening doors, and Luana was catapulted into a world of politics and pro-life advocacy. To purchase the book and for more information, go to luanastoltenberg.com or stoltenbergforhouse.com