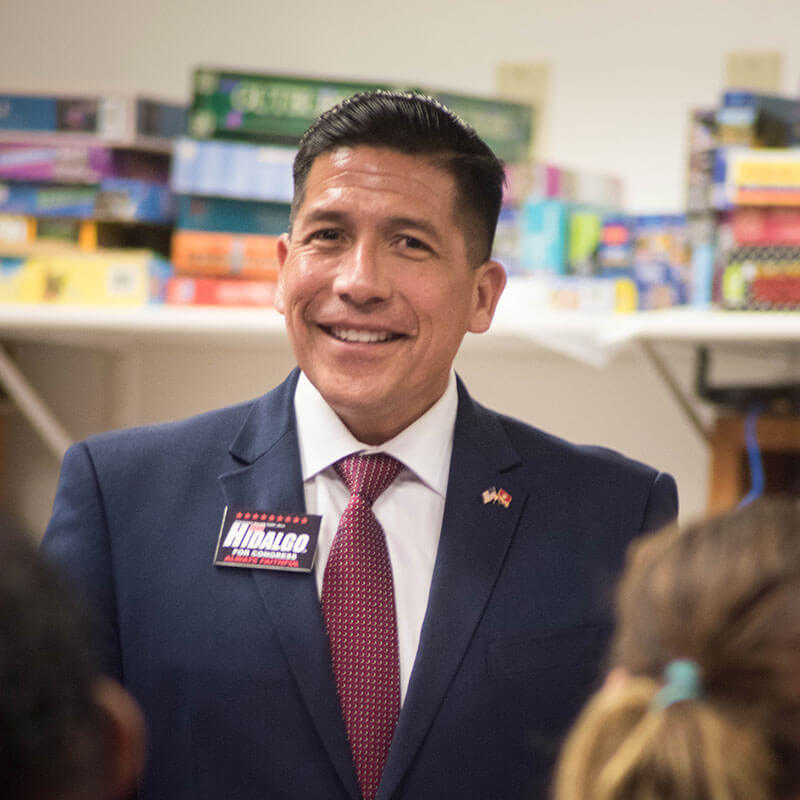 Juan Hildago is our guest  today and is running as the only Republican candidate for the 51st Congressional District race. Retired Sergeant Major Juan Hidalgo Jr., was born and raised in San Diego and enlisted in the Marine Corps in 1984 and attended recruit training at Marine Corps  Recruit Depot (CRD) San Diego, California. Hidalgo is the only Republican candidate in the race for the 51st Congressional District and is hoping to unseat Congressman Juan Vargas. Hidalgo disagrees with Vargas’s claim that the district is doing great and hopes to put Americans first if elected.

His sincere commitment of continued service to our Country has led him to seek to be your Congressman.  As a devout family man and committed Christian, he now desires to apply his leadership skills to the challenges facing the families, individuals, and businesses of the 51st District.

His military career and education have more than adequately provided him the skills required to work for you.  Tired of the unacceptable 11% unemployment rate in the District?  He will bring JOBS for everyone who is willing to work.   Equally fed up with the fact that only 68% of our children are graduating high school?  He will work to ensure your children and grandchildren have a quality EDUCATION.  Given many local unsafe living conditions he will work tirelessly to improve PUBLIC SAFETY.

He has adopted the motto, “Always Faithful,” to express his steadfast and proven commitment to all the constituents of California’s 51st Congressional District. He sincerely asks for your vote during the upcoming 2020 elections and promises to be your faithful representative. For more information go to https://hidalgoforcongress.com/